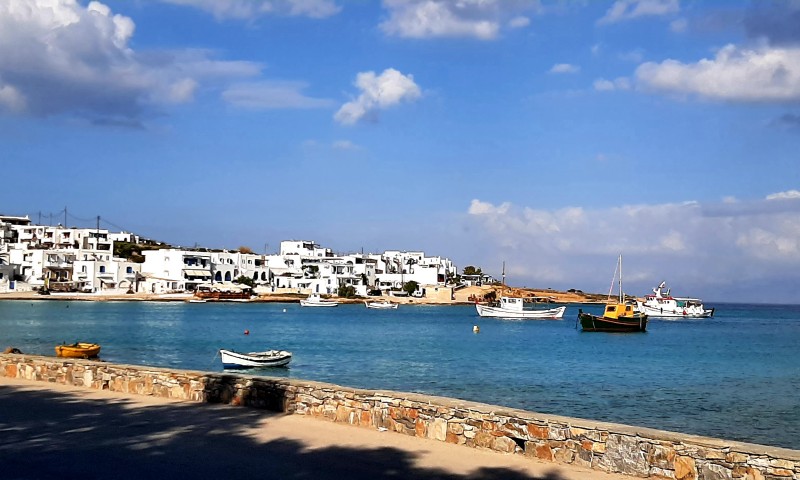 The Cyclades are declared the most commercial and visited part of the Greek seas. And because of that we have avoided them for years. We were lucky enough over a decade ago to go and see the more popular spots like Mykonos, Delos, Santorini and Naxos and we haven't been back to those lands since.

This summer the Cyclades showed us their other, cozy side.

From the big center and ferry hub of Paros to the small cozy Schoinoussa and the two Koufonisia, through Ios and Milos to the beautiful Sifnos - they are all modern and traditional at the same time. A paradise that one can only dream of.

On the Cyclades, it is windy. Any traveler, if on a boat, will understand the message. Sailing under sails (with and without) on the Cyclades is not for everyone - a fact. There, however, the transport scheme is so well arranged that in calm weather the ferries dock even without stern ropes. Every corner has its own mini environment, where it is more shiny, where it is more traditional.

Koufonisia with its endlessly blue water, Ios with its calmness and nice supermarket, Milos because of the Cretan tavern, where Bulgarians work - smiling and full of energy, remained in our hearts forever. One of our favorites remains Sifnos - drawn as if from a brochure, but at the same time raw, changing and unpredictable. In addition, there is a wonderful tavern, plus a bathroom and toilet at the marina.

Glitzy Paros is for lovers of a different kind of travel. A more congested ferry port on a Greek island cannot be imagined - ships are waiting in line to dock. Luxury and traffic jams are combined with the usual Greek philosophy – to keep everything light (χαλαρά), as the Greeks say. In the central cafe of the most photographed and as if taken out of a postcard town of Naoussa, local grandfathers tried homemade wine, having run away from their wives at noon. The crowds of tourists did not bother them at all, and it was as if the two realities lived in parallel.

The full moon occurred in the bay of Folegandros, and the company of boats at anchor was joined by a particularly beautiful sailing yacht…

The island with the best fava according to Greek foodies (with whom we agree), and also placed among the five most interesting Greek islands by Forbes magazine - Schoinoussa - deserves a special emphasis here. Rugged terrain, island tranquility, nice people, delicious food and bossy cats. There is not a more classic description than that. And right there, on Schoinoussa, a magical harp concert happened, as if to complete the perfection.

As we're still in awe of the magical sound of the harp wafting through the rising wind, today we're listening to Carol Emanuel with Bill Frisell on guitar and Kenny Wollesen on vibraphone.

back
© 2019 All Rights Reserved
CREATED BY