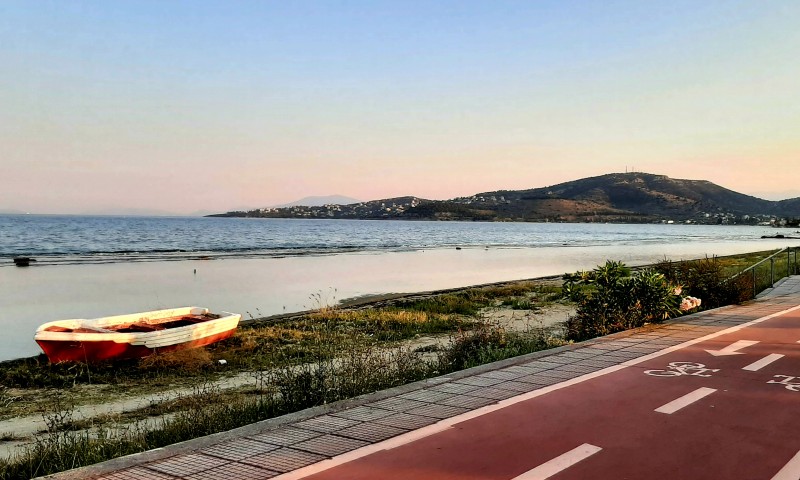 This summer's exciting surprises continue with Joseph Tawadros' new album “Hope in an Empty City”, which straddles all genres and standards and could best be defined as contemporary chamber music.
Tawadros records each of his projects with major league musicians. This one is no exception. A super group of genius and seemingly incongruous names enter the records - the three New York virtuosos Dave Fuczynski on guitars, Dan Weiss on drums and Scott Cowley on bass stand next to Tawadros on the oud along with Jordanian violinist Layth Sidiq on this travel. Because it is a journey.

As always, the music completely grabs us and doesn't ask where you are at the moment. It just treats us and tells us stories; it makes us pause for a moment and look at the beautiful. Amazing combos and speed - that's what you'll hear. We have talked about the genius ideas of Tawadros here more than once, but it is a fact that every time he manages to surprise us with a different point of view. With new formations and new musicians that he makes empathetic to his world. In this album, the interesting thing is the opposition of the two points of view - the eastern line, presented by himself on the oud and Sidiq's violin. Against them, but also with them, as a counterpoint stand three typical New York jazz cats and innovators. The result of this experiment is impressive to say the least. We had the opportunity to listen to the guitar rebel Fuczynski live and we can confidently confirm that he leaves listeners speechless. And the speed with which they have fun here with Tawadros - oud against guitars is startling. When one comes across such a live, one remains speechless. Scott Cowley and Dan Weiss, on the other hand, are musicians involved in the most interesting albums these days. Through classic appearances to modern-day collaborations with Korean singer Youn Sun Nah and recordings with Julian Lage.

Another thing is impressive - for the first time in a long time, Tawadros' album does not feature his younger brother James with his characteristic Egyptian percussion. No one loses from this new approach. You will have fun and dream, drift and wait like us for the next surprise of the genius composer and musician Joseph Tawadros.
The mind and the hands are so fast that from time to time one is surprised - from Eastern meditations to pure Southern American motifs - nothing stops the flight of the spirit. The music on this album was specially written for these masters, and each of them contributes their full skill, enters with their ideas and contributes to the overall perfection.

We have commented a lot over the years that after listening deeply and immersing yourself in the work of a certain musician, you get used to some of his specific details and phrasing. This does not apply to Tawadros. Each of his like-minded people brings their own universe, and the gathering of these mini-worlds into one whole in each subsequent project offers new surprises and makes us dig deep again.

And this is what happened with the project "Hope in an Empty City", and our journey begins with the play The Longer Road, where the oud, the guitar and the violin embark on a wild dance, followed by a solo by Tawadros in Everything Is You.

You can find the whole album on digital platforms.

back
© 2019 All Rights Reserved
CREATED BY